This new branch addition follows the recent grand openings of two full-service branch offices to its network including one in Maple Grove, and the first Wings location in northwest Minnesota in Thief River Falls. All three new offices opened in the fourth quarter of 2018 and first quarter of 2019.

“Wings Financial is proud to join the communities of Lakeville, Maple Grove and Thief River Falls and bring money-saving financial services to residents of all three,” said Frank Weidner, Wings Financial president and chief executive officer. “At Wings, we take pride in helping members give flight to their financial dreams with better rates, fewer fees and innovative conveniences like our Personal Tellers, online and mobile banking and mobile deposit.”

About the Lakeville Location
The Lakeville branch, located at the busy intersection of Pilot Knob Road and 160th Street West, expands the Wings footprint in the southeast metro with a new, cutting edge design that is nearly identical to the Maple Grove location noted below. The 4,000 square foot branch was designed by Pope Architects and constructed by RJM Construction, a Minnesota-based general contractor. New to Wings, the Lakeville branch features a community room that will be available to local organizations for events or meetings.

About the Maple Grove Location
The Maple Grove branch, 11800 Elm Creek Boulevard North, opened in the fourth quarter of 2018. The branch was also designed by Pope Architects, built by Doran Companies and features approximately 3,200 total square feet. The design features aviation-inspired elements as a nod to Wings history in the air transportation industry while looking to the future with an open layout and modern design. At night, the exterior glows blue, similar to Wings locations in Savage, Chaska and Woodbury.

Wings is pursuing LEED certification for the Lakeville and Maple Grove buildings.

About the Thief River Falls Location
The Thief River Falls branch, located at 1100 Van Rooy Drive, joined the Wings network in December 2018 as part of a merger with Soo Select Credit Union. The location will continue to serve employees of Digi-Key, Arctic Cat, Sanford Health and CP Rail along with the residents of Thief River Falls and the
surrounding area as membership in Wings Financial is now open to all residents of Pennington, Beltrami, Clearwater, Marshall, Polk and Red Lake counties.

About Wings Financial
Wings Financial Credit Union is Minnesota's largest credit union and one of the top 40 nationwide, with $5.3 billion in assets and serving 265,000 members. In 2017, Wings was named a top five credit union nationally by Bankrate.com and the top financial institution in Minnesota by Money Magazine. In 2018, Wings was named a Star Tribune top workplace for the sixth consecutive year.

Wings members enjoy some of the area's best savings and lending rates, convenient mobile and online access, over 70,000 surcharge-free ATMs, and branch locations throughout the Minneapolis-St. Paul metro area as well as Thief River Falls, Atlanta, Detroit, Orlando and Seattle for attentive personal service. Membership in Wings is open to anyone who lives or works in an eligible Minnesota or Wisconsin county, the aviation industry nationwide, and the Seattle-Tacoma, Washington, metro area. To learn more, visit wingsfinancial.com. 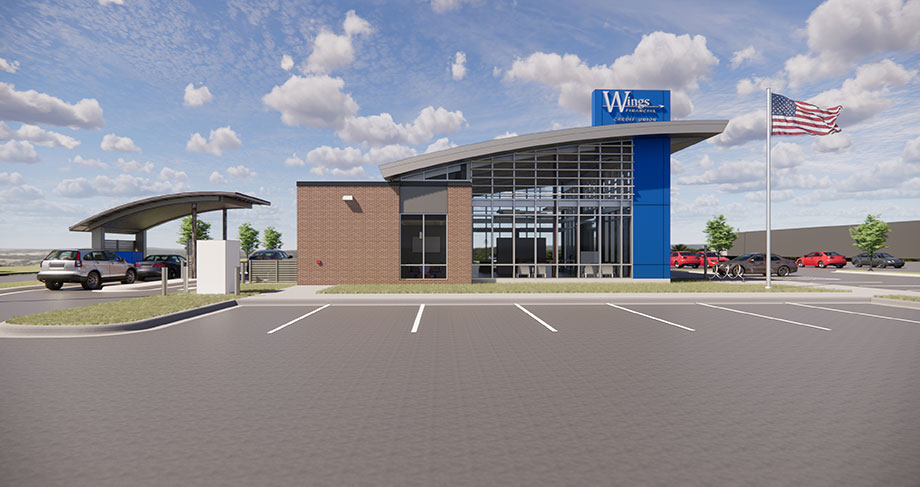 Minnesota’s largest credit union, Wings Financial, announced today that it will add a full-service branch office in Northfield. The new office will be located near the Northfield Target store at 2333 Highway 3 South and is expected to open in late Q2 2021. This location, the first in Rice County, will bring the credit union’s total number of branches in Minnesota to 26. 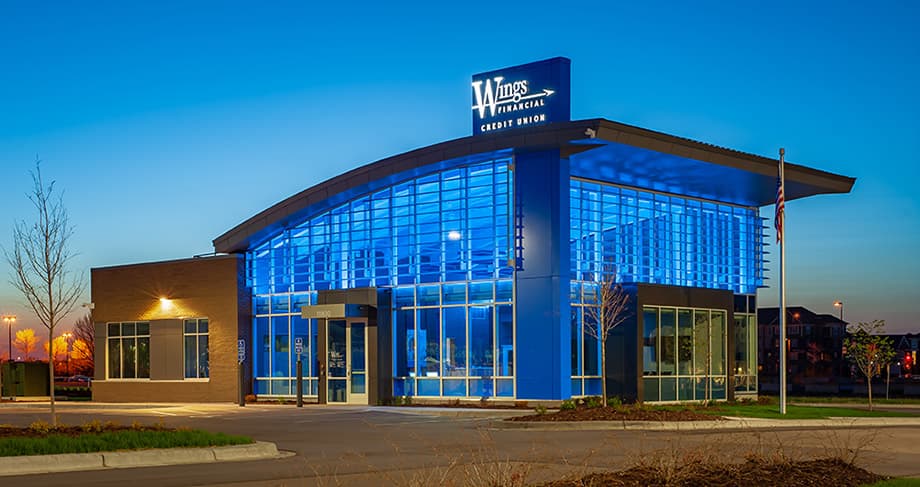 Wings Financial Credit Union and Brainerd Savings & Loan announced today that the two organizations have reached an agreement for Wings acquire the bank, including its branch location in Brainerd.

You are now leaving Wings Financial Credit Union's Web site and are being directed to a Web site that is not operated by Wings. Wings Financial is not responsible for the content or availability of linked sites.

Please be advised that Wings Financial does not represent either the third party or you, the account holder, if you enter into a transaction. Further, the privacy and security policies of the linked site may differ from those practiced by the financial institution.